Guide to running and taking part in the perfect jam

I tried Humous Once

When I have a problem I like to turn to the Philliopsher, Michael Aday, otherwise known as Mr Loaf, or sometimes just by his first name (among friends such as I) as, Meat.

Some days it don’t come easy

Some days it don’t come hard

Some days it don’t come at all

And these are the days that never end

Thanks, Meat. Sage words as per.

In the interest of getting this thing done, let’s assume that Mr Loaf is referring to the magic that (sometimes) occurs in a Jam. And to make this make sense as I laboriously aim to crowbar some meatloaf into your eyes and minds, allow me to take a liberty with line four and swap the word days with jams.

And these are the ‘jams’ that never end

Gosh, he’s right. Always is. A bad jam really does have an elongating effect on time. But, one of the things that we have to accept is that some jams do suck, and by accepting that cold hard fact, we are much more ready and open to arriving at the good ones.

After that long intro that was nearly entirely unnecessary and took me two hours to beat into some form that might make sense, here are nine things to consider when doing those first jams.

1. Have fun. This is life-affirming

Of course, I would say that making music is life-affirming, it’s all I know, right? Well not quite. I have done other stuff. I went on holiday once. Recently I tried humous. My findings are that nothing comes close to making music. Approach this with love and excitement and it will give you loads back. That’s all I did. I loved it completely and it loved me right back. I care for it and it cares for me. It’s a very simple relationship, which as I’m sure we all know, is the very best kind.

I must have been doing this a long time because much like Grandma has noticed how the neighborhood is ‘changing’ every waking minute of her life, I have made my own community observations and noticed how powerful practice amps have got. Grandma thinks we have a problem with borders.  She should consider what twin 8cm speakers packing 5 watts each sound like up against a parlor guitar in a Jam on a rain-sodden Tuesday in Hackney. She doesn’t know she’s born.

Amp progress is great, but not so great if you’re an acoustic player that loves the looseness of a set of 0.10 gauge strings and the delicate sound a 0.45mm pick makes as it lightly caresses the strings. For that guy (of which I am occasionally one) powerful practice amps aren’t good news at all. At the same time, to you acoustic players, the acoustic guitar is the original tool of amplification and that thing can go loud. Just ask any Greenday fan at any party at about 3 am.

‘Dooooo you have the time …’

So to my acoustic friends, hit hard when you need to. To my electric brothers (not for one second saying this is a male lead thing … nope, not saying that. Not. At. All), do consider your real deal acoustic brothers and sisters. 9 times out of 10 the loud electric players literally have no idea they are doing it. And the 1 out of 10 that does is probably on a downward spiral of rock and roll chaos anyway and will have burnt themselves out by rehearsal number 3.

3.  Even the Beatles got it wrong once (It’s called Revolution 9. Google it. After you’ve read this)

Doing a good jam is one of the best experiences you could wish to have, but do expect a hit rate of about four in five.  And when it doesn’t come easy (cheers a lot, Meat), go back and do it again. Persist, until the very end. Much like Elton John is doing right now.

Someone needs to take direction in a jam-especially once bigger numbers start coming along. The last thing you want is five people all playing different songs at the same time. There’s a bull in the room, it has horns, and someone needs to grab them. This is a skill. Launching a jam. This is your opportunity to work on it.

We’re talking simple stuff here. Doing the count-in, making suggestions as to what to change or keep on the next run-through. Celebrating and working for but not labouring over the nuances.  Nobody needs to become leader here because that word and idea doesn’t always lead to good places, but a facilitator at least.  Consider the ducks in flight, less the pigeons on the ground.

With that in mind …

Being a facilitator is tiring work. Shakespear and later Stormzy were totally right when they said heavy is the head that wears the crown, and yeah yeah, I know, some people dig coal for a living while others work four jobs just to keep the heating on but facilitating jams is hard and there’s hardly any if any at all NGO’s or charities out there supporting the jam facilitators. So, take turns. Be democratic.

Every single thing I have done that started out as fun, and then I took it seriously, died.

But this is music, and it takes practice and hard work-so put in the practice and really do take that extra time so that you’re turning up to rehearsal feeling confident. Honestly, there are few better feelings than having your s**t together in a band practice. It’s glorious. You can of course make life easier for yourself by …

Not everything we love is what we should be playing. Sometimes, in the rush of ambition, we can build ourselves mountains that we can’t climb. I relaised this recently while reflecting on my personal life and its mountainous horizon, while there I stood with trembling knees, a blunt ice pick and a map made for someone else but anyway, we’re not here to talk about me, this is about you and your jam so let’s hurry along and I’ll save my issues for someone in a nice house in Primrose Hill that charges £100 an hour to listen to me talk.

Choose the right songs guys.  The right song contains a riff-a good bass line and a simple structure. In time, the jukebox is your playground and off you’ll go striding right up Mount Zappa but for now-build hills, not mountains.

It’s the sound of heaven.

It’s the sound of just right.

It’s the sound of the jam.

It’s the sound of you and your crew doing something incredible.

If you would like to be linked with other musicians and form your own jam groups-head here, sign up, and support good music causes while you do. 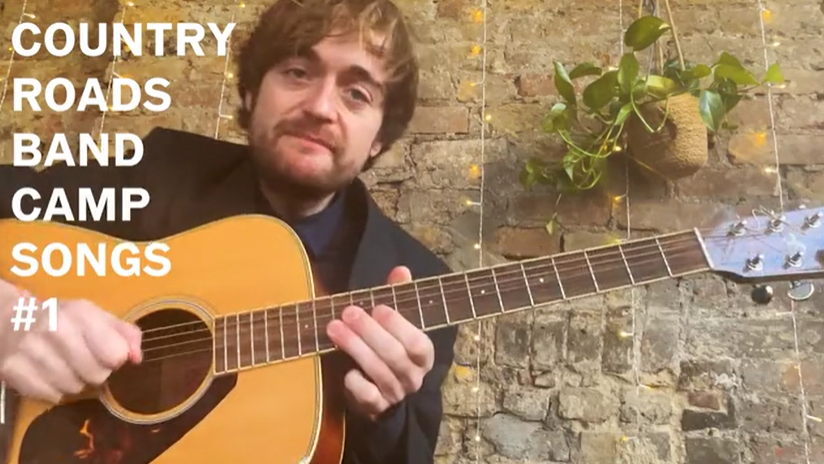 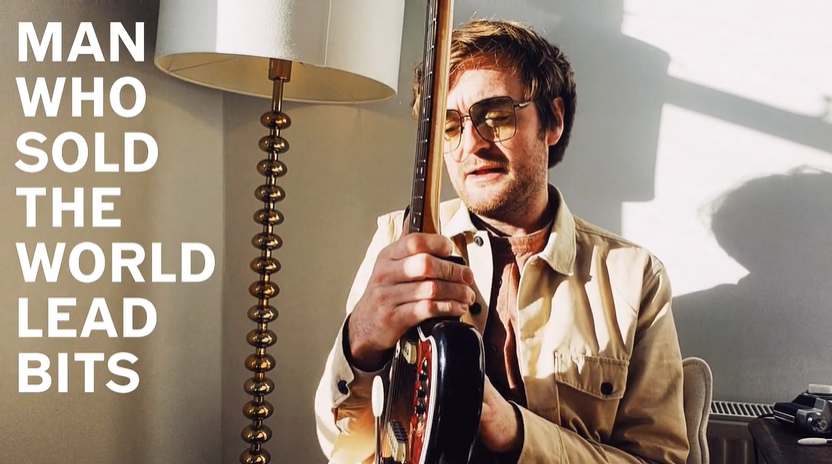 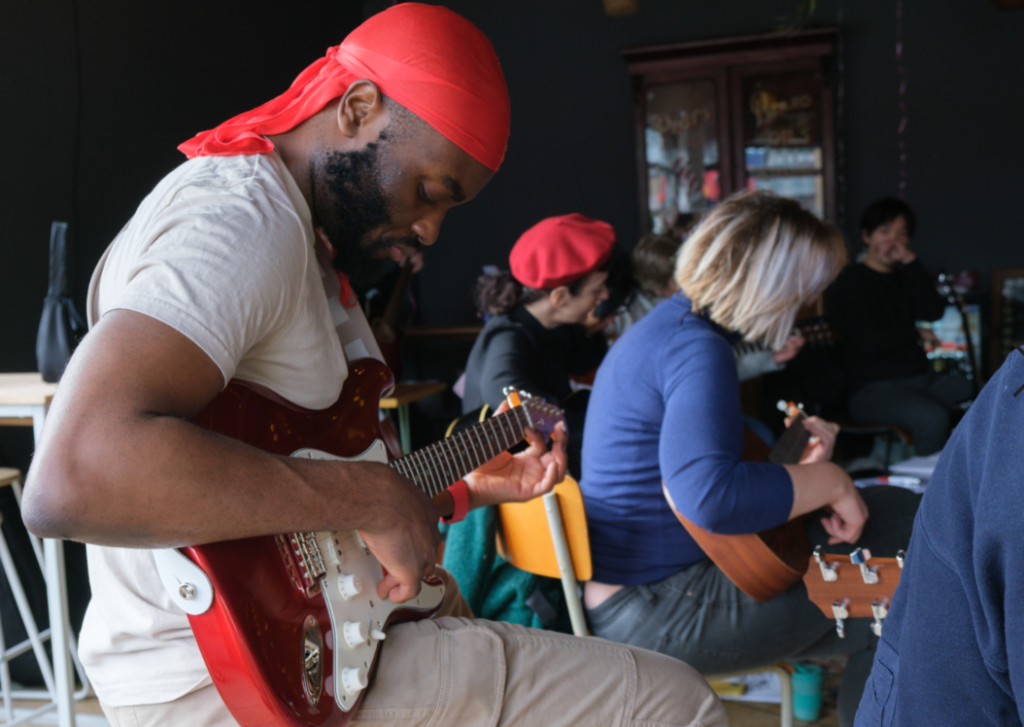